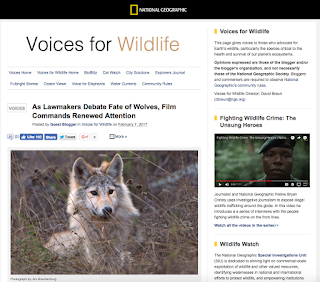 Medicine of the Wolf, the movie I was involved in that Julia Huffman directed and produced is featured on National Geographic's Voices for Wildlife page. The first photograph is a yearling wolf I called Blondie. She was shot by a hunter in the first Minnesota wolf hunt. She is the last wolf I've been able to photograph since the first hunt in 2011.