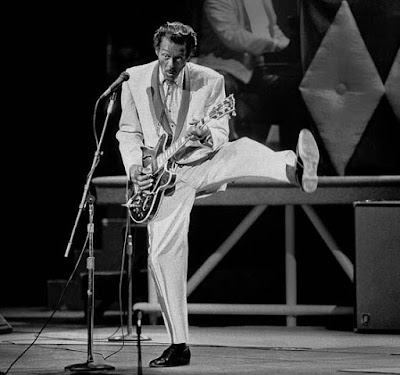 Today with the passing of music legend Chuck Berry my thoughts go back to the early days of my first career, music. One of the most memorable experiences was playing on stage along side Chuck Berry. I was a lead guitarist and at 17 years old felt more than a bit humbled. Looking back it seems like those were simpler times but it was not without stress and suffering in the professional music world of Rock and Roll. Surrounded by heavy alcohol use, drugs and abuse by those that controlled the music industry, the mad Rock and Roll life style of the day drove me to the profession that at the time was done by only a handful in the world - professional nature photography… an opposite world. Yet there were times I regretted the move, as music flows through my veins.

1963 was the year I stepped aside as Chuck, just out of prison, duck-walked across the stage and tripped on my guitar cable. It was also the year I stepped aside from the guitar and stage performance to devote my life to cameras and nature. At the time we didn’t have the perspective that we have today. Chuck Berry had some big hits then and was a real showman but time decides true historical importance. There is no question now as to Chuck Berry’s standing and importance in the influence of Rock and Roll music. Bob Dylan called the musician “the Shakespeare of rock ’n’ roll.”