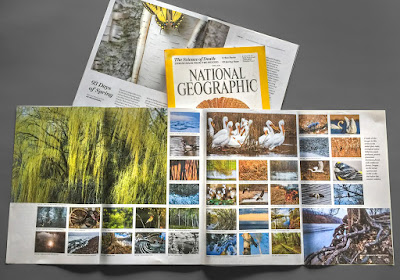 The April issue of National Geographic has now been shipped and includes a collection of photographs from Jim’s project titled 93 Days of Spring.

This is the third story in the magazine that documents a season day by day. The previous two seasons were "North Woods Journal" which covered the 90 days of autumn, and "Boundary Waters" which documented the summer season.
Like the previous two stories, all of the photographs in the spring coverage were made in Minnesota. Most of the images were made in and around Ravenwood where Jim makes his home — next to the Boundary Waters Canoe Area Wilderness. The other photographs were made in areas he has lived and has known well. The last four photos are from Touch the Sky Prairie — a mile from where he was born near Luverne, and the Blue Mounds State Park, where he made his first photographs as a young boy.

The "93 Days of Spring" contains the most number of photographs in the 128-year history of National Geographic Magazine. The previous record was the 90 images published in "North Woods Journal". The summer picture story "Boundary Waters" from the June 2013 issue was the very first digital photography story published in the magazine’s history.

Some of the 25 foreign editions of the NGM April issue will not include the "93 Days of Spring" story. Each country has its own ingredients and story makeup. You can view the free, condensed digital version via the NGM website: http://proof.nationalgeographic.com/2016/03/08/93-spring-days/

A book will also be published from the spring project titled The Awakening. This book follows the best sellers Looking for the Summer and Chased by the Light from the summer and autumn seasonal coverage. The release of the new book will be announced later. 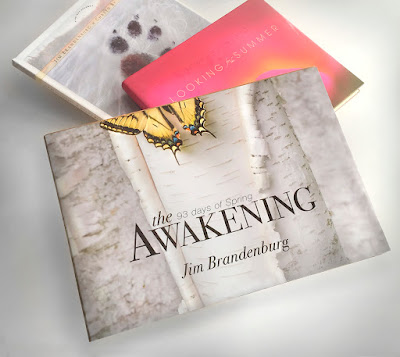 This project follows the disciplined theme he has been pursuing with other projects like Nature 365, which is now online as a daily video moment for the entire year. Millions of viewers have witnessed the nature of Jim’s surroundings.