Wildlife Photographer of the Year Awards 2013

For the past two years, Jim has served as Chairman of the Judges for the acclaimed 'Wildlife Photographer of the Year' competition co-owned by Natural History Museum, London and BBC Worldwide*.  The award ceremony for this year's competition took place October 15th at the Natural History Museum, London. We thought we’d share some of the festivities,
along with a fun Jim flash back. 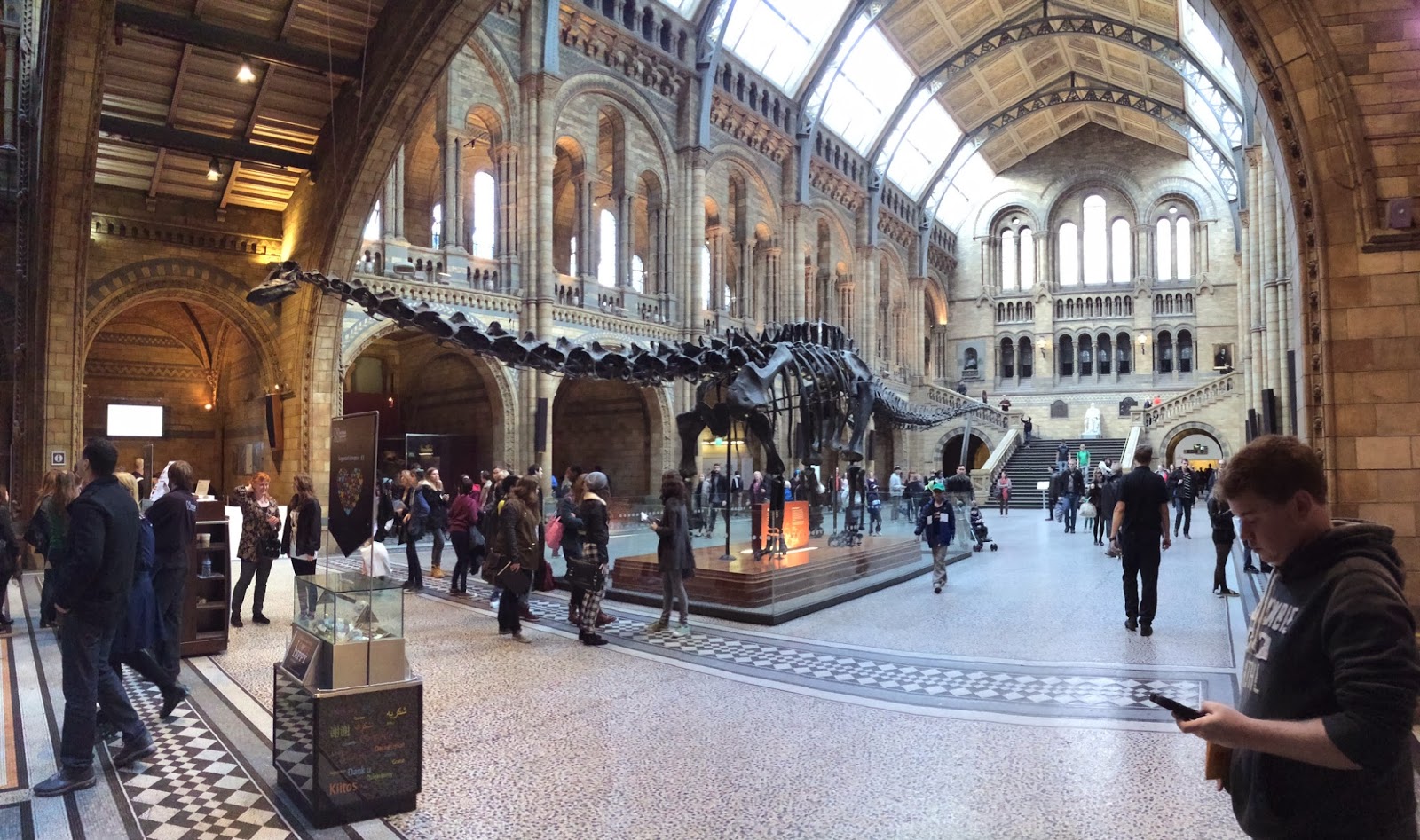 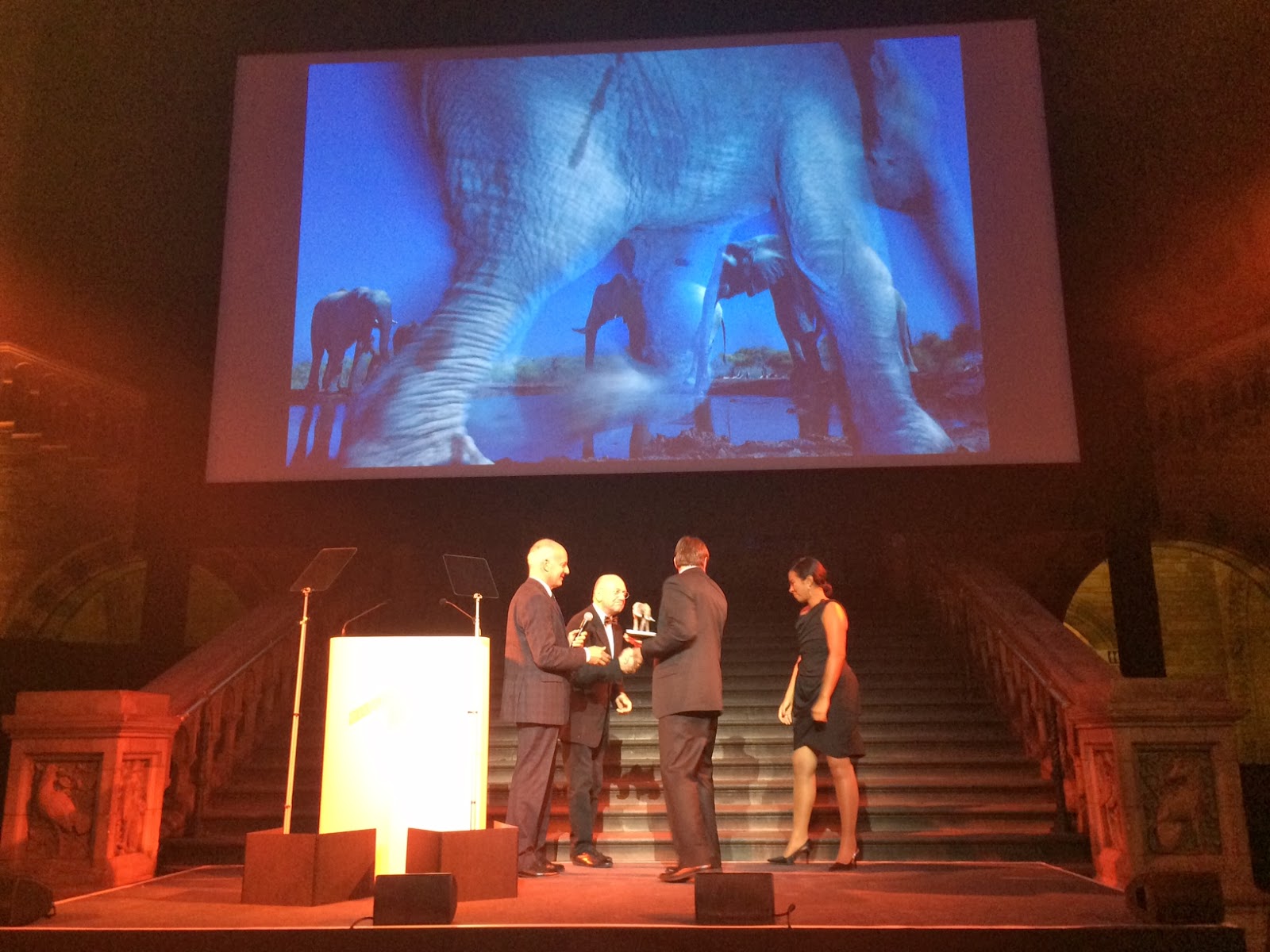 Jim presents trophy to grand title winner of the Wildlife Photographer of the Year 2013,  Greg du Toit from South Africa. Jim described Greg du Toit's winning portrait as capturing a "unique moment.  Greg's image immediately catapults us to African plains," Brandenburg said. "This image stood out for both its technical excellence and the unique moment it captures. It is truly a once-in-a-lifetime shot." 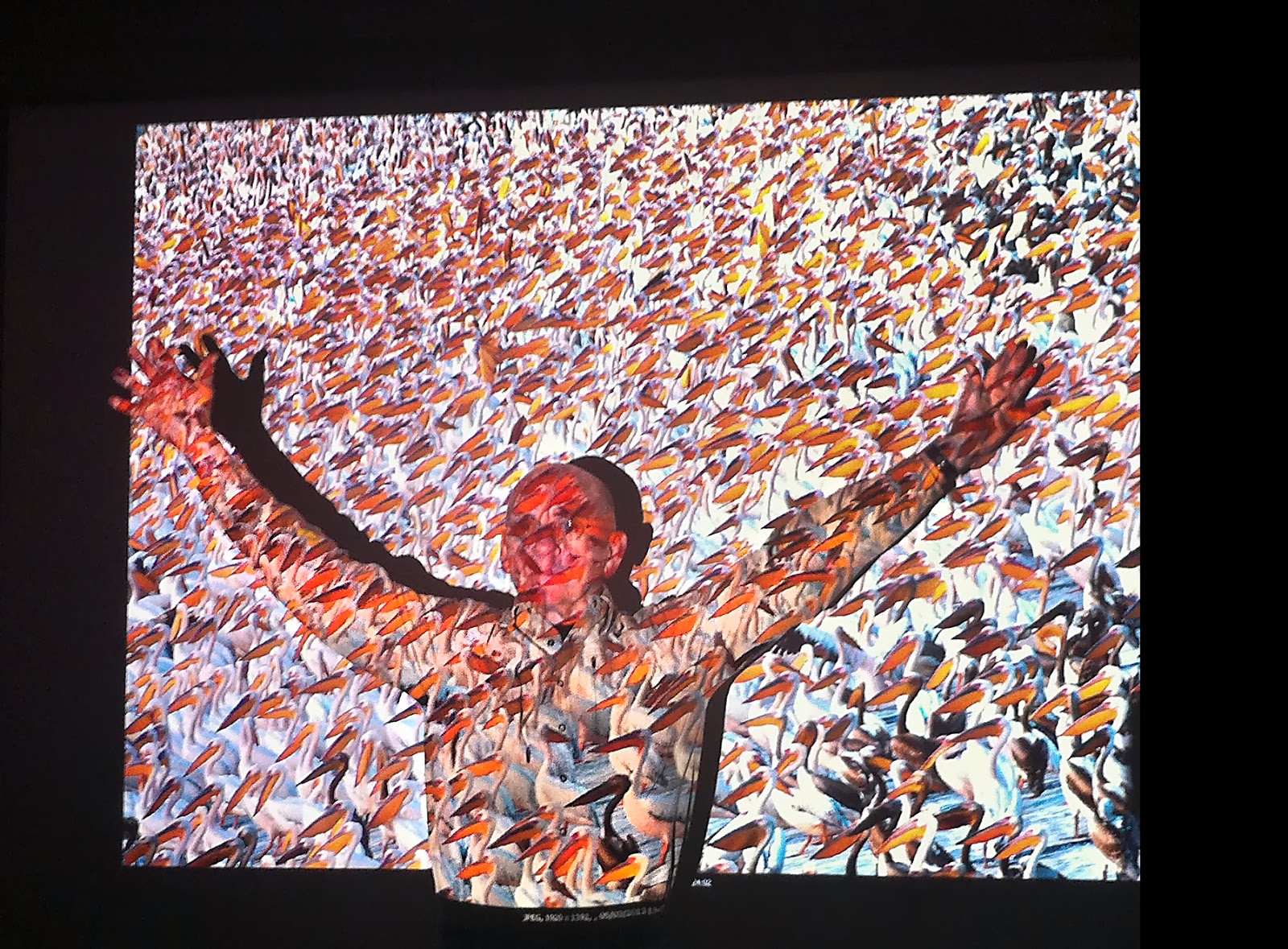 Jim having fun during the judging.
Pelican photograph 'Feeding of the five thousand' by Yossi Eshbol (Israel),  photo of Jim by
Ruth Eichhorn, Director of Photography of German GEO magazine. 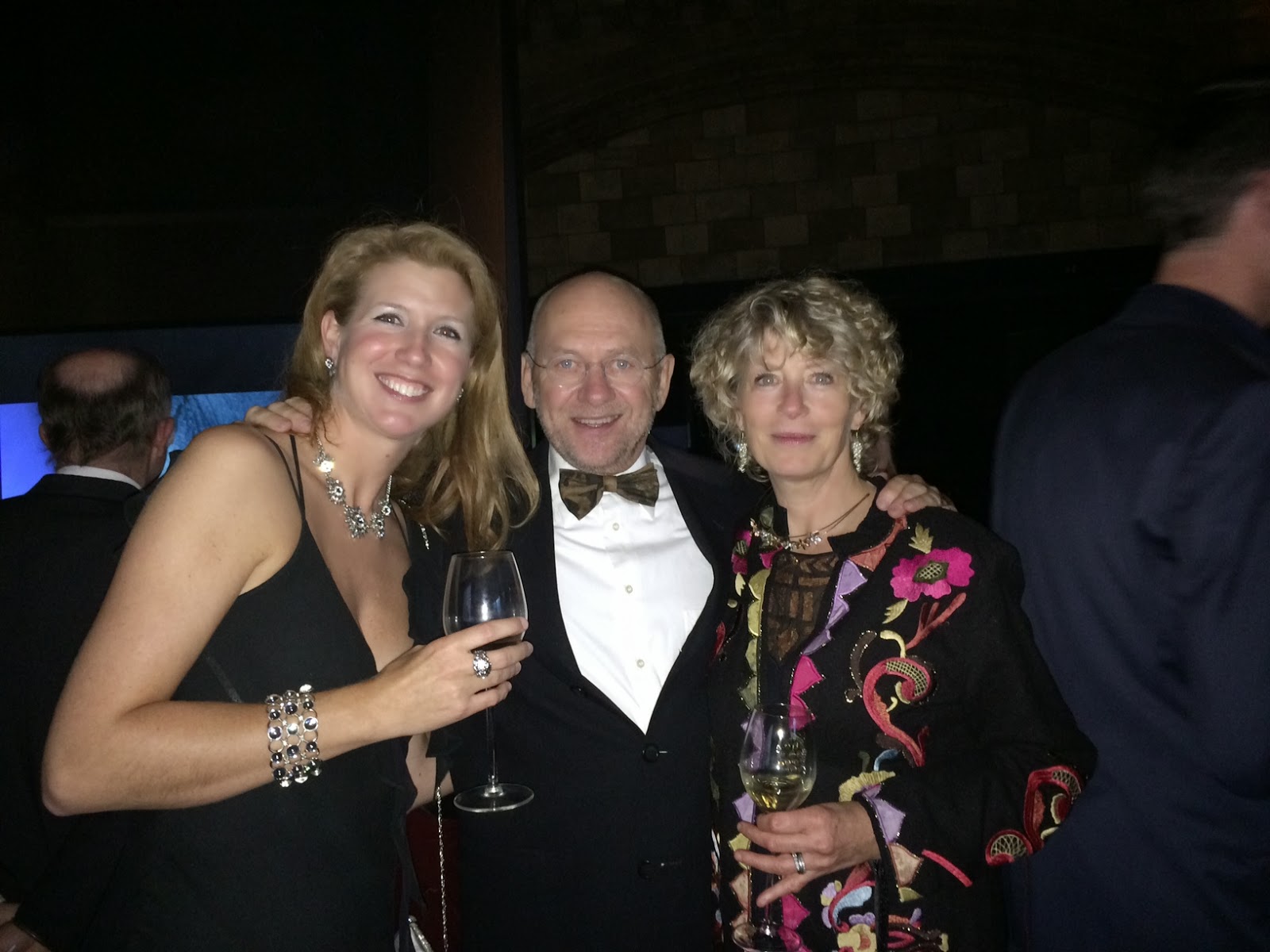 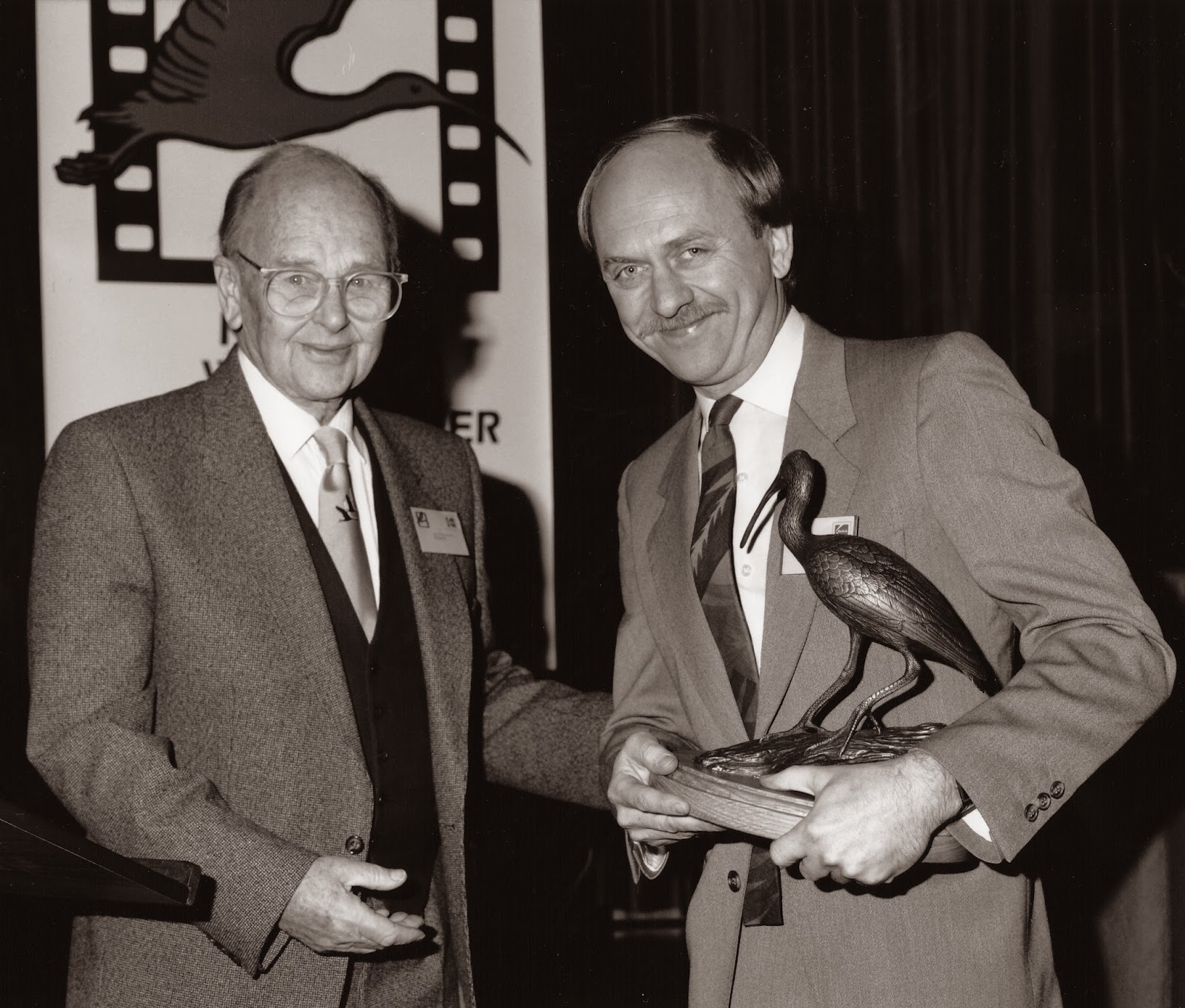 In 1988, Jim won the grand title of Wildlife Photographer of the Year with his first and only competition entry.   Jim received the bronze Ibis award from Sir Peter Scott for his photograph
'Oryx – Namib Desert' seen below. 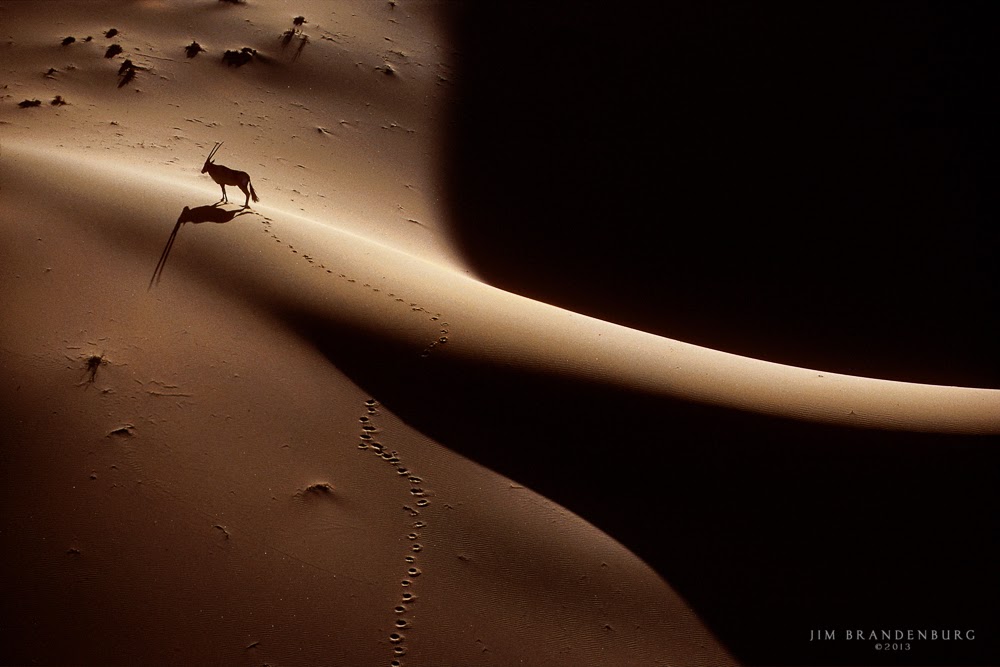 If you would like to see all 100 prize-winning photographs from the Wildlife Photographer of the Year 2013 competition, please visit Natural History Museum website.  Plans are in the works for some exciting events at next year's 50th anniversary of the competition.

Email ThisBlogThis!Share to TwitterShare to FacebookShare to Pinterest
Labels: Jim, video, Wildlife Photographer of the Year