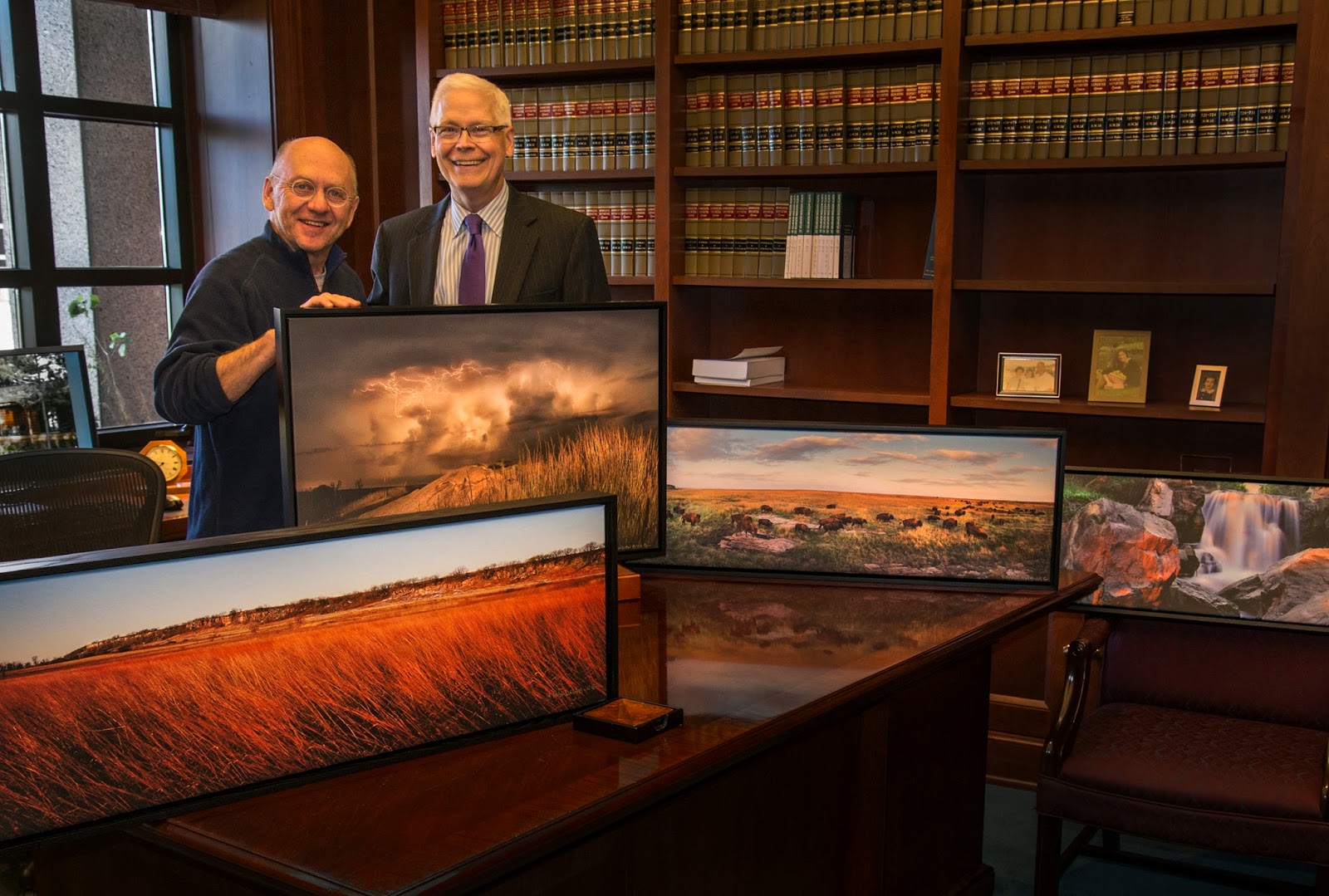 David Lillehaug joined the Minnesota Supreme Court in June, 2013.  Justice Lillehaug was raised in Sioux Falls, SD and has a strong affinity for southwest Minnesota.   For his new office, he chose to represent the area photographically with Jim's images of Touch the Sky Prairie, Blue Mounds State Park and Pipestone National Monument.

The newly released bison herd photograph (above) was made on assignment for the publication Minnesota Conservation Volunteer. The feature "Bona Fide Bison" will be in the November-December issue which will be available November 1st. All the bison images were photographed at Blue Mound State Park.